SMP-Sura Khan Media & Productions announces its new line-up of programming available to Original Series buyers & acquisitions. Explore the possibilities of partnering with us for original programming for your brand. Sura Khan serves as writer, director, and producer on the below programs presented on the trailers. Our production company has over thirty years’ experience in the entertainment and production industry. We offer services in writing, producing and directing projects in development or treatment stage.

Over the past two decades, the many stories depicting the life of a black gangsta, drug dealer in the 1980’s and 90’s was derived in many ways from the real-life events of Calvin Bacote who became known on the streets of Brooklyn and New York City as “CALVIN KLEIN.” The concept of this true story has some ideas embedded inside, which have the power to dig into your soul and change the way you see life. For starters, this character “Calvin Klein,” exists at ground zero of a special universe where life and death get the special attention they deserve. He has a shattering effect on people, good and bad. We all take for granted the inevitability of death. It forms a rigid line from which we construct our view of “the way things are.” Along comes a man who proves that the line can be crossed. His very presence gives faith, and it takes it away. Big ideas, big action, “The Klein Syndicate” is about street life, loyalty, justice and redemption, and how hard it is to play by the rules in a world where both evil and good seem about evenly matched. Enter the world of Brooklyn, through the boundless and in-depth mind of Calvin “Klein” Bacote. Klein is a mythological figure to most and an Iconic figure to others. From the child growing up in the late 60’s and 70’s to the larger than life character throughout the 80’s and 90’s. No stone is unturned! This series will walk you through places you just couldn’t go. Experience this journey through the eyes of a mother, gun of an enforcer and soul of a hustler. Calvin Klein is one of the last men standing. http://www.thekleinsyndicate.com

Creating a unique environment to give rising stars a chance to shine is our mission. We’ve auditioned some of America’s untapped talent and offered them a chance of a lifetime, an opportunity that can change the Corse of their careers. Hollywood, ground zero of the entertainment industry is where the stage is now set. Each contestant has a shot at becoming the Ultimate Workshop Actor and a shot at winning the prestigious Set Life Cali season one honors, which includes a 35 thousand dollar cash prize and role in a major film. The job of selecting our winner will be the viewer. At the conclusion of the season you the viewer will have the chance to vote. The contestant in this episode will have the opportunity to perform in a courtroom setting on a sound stage in Hollywood with professional actor Keith Robinson. In an episode with the Child actor in the Kids competition will be performing with Actor Marc John Jefferies. http://www.facelite.co

“South of Brooklyn” primary focus is on Supreme Garrett and his top ranking team members, as they navigate through the streets of New York City making tons of money for their boss. As the competition gets steeper, more and more lives are lost. Garrett is considering new ways to corner the drug market as “Molly,” the drug of the day, becomes a big money maker and his primary focus. Seeking new ways to legitimize his businesses while at the top of his game, Garrett gets into the Music scene after his cousin Shane convinces him to invest in his music career. Dante, one of Garrett’s many rivals, orders the death of one of Garrett’s team members after he learns that he might be responsible for the death of his nephew Arthur. Arthur’s ruthless brother Raheem, known on the streets as “Nut,” learns about his brother’s murder towards the end of a five-year bid. Nut is coming back home to South Brooklyn with a plan of revenge. With his uncle Dante blessings, Nut plays a major role in avenging his brother’s death and becoming what most would consider Garrett’s worst nightmare. The city of New York and it’s political machine targets Garrett and his team as the mayoral candidates jump on board as scandals unfold.  https://surakhan.net/gangster-television-south-brooklyn-television-sizzle-reel

We have additional programs in development also available for consideration. Please send your letters of interest and request for review material or meetings to Info@surakhan.net (Subject) Acquisitions/ Programming. 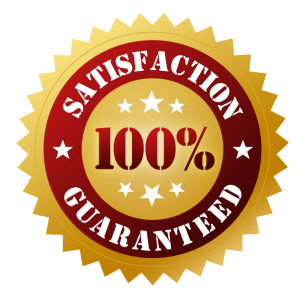