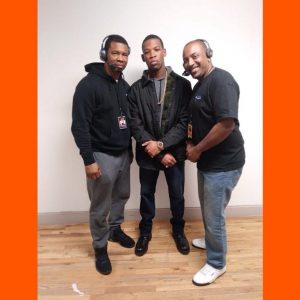 Klein Syndicate with DIrector & Writer, Explore the making of the of the Series with Sura Khan. Go behind the scene with Sura Khan and Calvin Bacote as they share special moments with the cast and crew while filming the series pilot episode.

A Federal Investigation into illegal drug activities in Brooklyn New York City lands Klein behind bars. The dramatic sentencing of Calvin Klein Bacote is played out in the courtroom as the Government of the United States pushes for a heavy sentence. Klein’s attorneys fight hard for their client while his mother’s emotional plea on behalf of her son falls on deaf ears. Klein’s frustration and disappointment over the court’s ruling forced him to request to be removed from the remainder of the proceeding. Klein is taken to a private holding cell in the courthouse where his frustration plays out even greater. A racing thought pattern in his mind causes him to swiftly revisit pass areas of his life. Klein and his boy Supreme are on their way to the Brooklyn Pier to conduct a drug sale. Unbeknown to an already suspicious Klein he’s ultimately walking into a long-planned federal sting operation that ultimately marks the beginning of his end in the drug game. 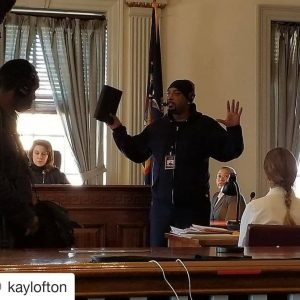 Episode 3- In The Making

Episode 5- In the Studio

LEARN MORE ABOUT THE SERIES and Calvin Bacote

Calvin Bacote was born in 1966 and raised in Brooklyn, New York by his parents along with his older sister and brother. In the mid-80s, Bacote began dealing and distributing the nation’s most dominating drug, crack cocaine. He organized a masterful team thus becoming a powerful drug lord often referred to as Calvin Klein the Brooklyn Don. His name echoed up and down the entire east coast, where the distribution of cocaine was lead under his management. In 1988, Bacote was charged with second-degree murder and five counts of possession of a deadly weapon. Ten months later in 1989, he was acquitted of all charges. Two months after the acquittal Bacote, along with associate Mr. Shawn Carter aka Jay -Z, was charged in a Maryland State case for attempted murder, intent to maim, battery, assault, and possession of a deadly weapon. Both of them faced up to 40 years in prison.